The TARDIS arrives in the city of Megropolis One on Pluto where to the Doctor's amazement there is a warm sun (one of six), oxygen, and a thriving factory community. The people, such as D-grade Citizen Cordo, are not so happy, however, as the Company that controls the planet works them to the bone, pays them a pittance and then taxes them on everything imaginable.

Cordo and the Doctor join up with an underground band of rebels, led by Mandrel, who are out to smash the system, and discovers that the power behind the Company, represented through the human collector of taxes, Gatherer Hade, is an Usurian known as the Collector.

The Usurians are notorious for enslaving whole planets through business ventures and then fleecing the inhabitants through exorbitant taxes and other bureaucratic means. The Collector is a particularly nasty and money-grabbing individual, who has the population well and truly subjugated, while the Company continues to make ever greater profits.

The citizens are kept in line by a calming gas, PCM (pento cycleinic-methyl-hydrane), distributed throughout the complex. The Doctor manages to stop production of this gas, leaving the enslaved workers free to make up their own minds about the state of affairs.

For the Usurian Collector the Doctor has different plans. He programs the Company computer to apply a 2% growth tax and the Collector who cannot cope with making a loss, reverts to his natural form - a type of poisonous fungus. 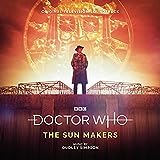 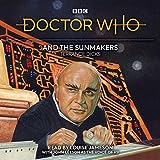 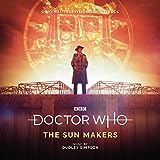