Terror of the Zygons

The Brigadier has summoned the Doctor as there have been several mysterious attacks on oil rigs in the North Sea off the Scottish coast. The Doctor, somewhat dismissive of the urgency, reluctantly agrees to help. In the meantime, Harry finds a body washed up on the beach, but when he tries to help he is shot by the Caber, a highland gamekeeper employed by the Duke of Forgill.

Harry is taken to the sick bay of the Hibernian Oil Company where Sarah is attacked by a hideous orange humanoid monster and knocked unconscious. When she comes to she finds herself locked in a pressure chamber.

Investigating all these happenings, the Doctor realises that the oil rigs have been attacked by something huge and monstrous - it later turns out to have been a cyborg called the Skarasen - and that the attacks are being controlled from Loch Ness. He rescues Sarah but Harry has been abducted and duplicated by the humanoid creatures. The Doctor realises that the Duke of Forgill himself is involved, and in Forgill Castle Sarah discovers an entrance to an underwater spacecraft.

The craft belongs to the Zygons, who centuries ago arrived on Earth, and with their ship crippled, awaited rescue. Their home planet has since been destroyed in a stellar explosion and now they want to take control of the Earth. To this end the Zygon leader Broton has taken on the form of the Duke to infiltrate a World Energy Conference in London which they plan to destroy with the Skarasen.

The Zygons on Earth are destroyed when the Doctor engineers an explosion in their space craft, and Broton is shot by UNIT troops at the Conference. The Skarasen, now without the controlling influence of the target reciprocator, makes its way back to the only home it knows, Loch Ness, there to be occasionally mistaken for the fabled Loch Ness Monster.

The Doctor and Sarah decide to travel back to London by TARDIS, but Harry, feeling that his time with the Doctor has all got a little too much for him, elects for the safer and more reliable method of British Rail. 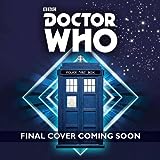 Doctor Who and the Loch Ness Monster: 4th Doctor Novelisation
Not Availa

Terror of the Zygons: Part 1
Not Availa