The TARDIS materialises on the planet Kembel, where the Doctor and his friends meet Space Security Service agent Bret Vyon (Nicholas Courtney), who has been sent in search of Marc Cory. Learning of the Daleks' scheme, which hinges on the use of the fearsome Time Destructor weapon, they determine to warn the authorities on Earth; an undertaking which proves problematic as the human leader Mavic Chen (Kevin Stoney), who holds the title Guardian of the Solar System, is a traitor in league with the Daleks (Robert Jewell, Kevin Manser, Gerald Taylor, Jack Pitt, John Scott Martin; voiced by Peter Hawkins, David Graham). Fortunately, the Doctor has managed to make off with the taranium core of the Time Destructor, thus disrupting the Daleks' plans.

Fleeing from the Daleks in Mavic Chen's Spar ship, the Doctor, Steven, Katarina and Brett are forced to land on a prison planet called Desperus. A convict named Kirksen (Douglas Sheldon) manages to get on board just before they take off again. He holds Katarina hostage in the ship's airlock, but she opens the outer door and they are both ejected to their deaths in space.

In one of a number of attempts to regain the taranium, Mavic Chen dispatches Space Security Service agent Sara Kingdom (Jean Marsh) to track down the Doctor's party. Unaware of Chen's treachery, Sara has already killed Bret - her own brother - before the time travellers can convince her of the truth. She then joins forces with them and, after a brush with their old adversary the Monk (Peter Butterworth), they all arrive back on Kembel. There, the Doctor contrives to steal the Time Destructor and turn it against the Daleks, annihilating them. Sadly, Sara has ignored his instruction to return to the TARDIS, and she is aged to death. 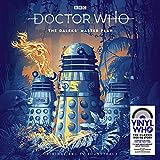 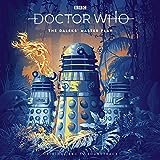