When the TARDIS materialises in Paris, 1572, the Doctor decides to visit the famous apothecary Charles Preslin (Erik Chitty). Steven, meanwhile, is befriended by a group of Huguenots from the household of the Protestant Admiral de Coligny (Leonard Sachs). Having rescued a young serving wench, Anne Chaplet (Annette Robertson), from some pursuing guards, the Huguenots gain their first inkling of a plan by the Catholic Queen Mother, Catherine de Medici (Joan Young), to have all French Protestants massacred. A further shock is in store for Steven, as it appears that the hated Catholic dignitary the Abbot of Amboise (William Hartnell) is actually the Doctor in disguise.

Held responsible for the failure of a plot to assassinate de Coligny, the Abbot is subsequently executed by the Catholic authorities and his dead body left lying in the gutter. However, to Steven's relief, it transpires that the Abbot was not the Doctor after all, but merely his physical double. The two time travellers meet up again at Preslin's shop, where Steven has gone in search of the TARDIS key, and regain the safety of the ship just as the massacre begins.

The TARDIS next arrives on Wimbledon Common in contemporary London, where a young girl named Dorothea 'Dodo' Chaplet (Jackie Lane) enters, believing it to be a real police box, and joins the Doctor and Steven on their travels. 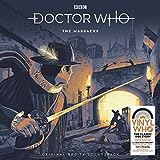