The Keeper of Traken

The Doctor and Adric are visited in the TARDIS by the Keeper of Traken, an elderly wizened man, who tells them of a great evil which has come to his planet in the form of the Melkur, a calcified statue which was once an evil entity, drawn to the goodness and tranquillity of the Union of Traken as a moth is to a flame.

The Keeper's reign is nearly at an end, and he requests that the Doctor come to Traken to prevent the evil from taking control of the bioelectronic Source which is the keystone of the Union's society.

On Traken, Consul Kassia marries widower Consul Tremas only to find that Tremas has been chosen as the next Keeper Nominate, which means that she must leave him. The Melkur whispers to her that he can prevent this, and in desperation Kassia agrees. The Melkur via various deceptions becomes the next Keeper and is revealed to be the Master's TARDIS, its operator still blackened and emaciated as he was in his last meeting with the Doctor (see The Deadly Assassin). The Master hopes to use the power of the Source to regenerate himself, but the Doctor manages to expel him using the servo shutoff and sanctioning programs and install Consul Luvic as a new Keeper in his place.

In a last minute ploy, the Master traps Consul Tremas and merges with his body before fleeing Traken. Nyssa, Tremas's daughter, is left concerned as to her father's whereabouts.

Doctor Who: New Beginnings (The Keeper of the Traken/Logopolis/Castrovalva). Region 2 DVD
$17.91 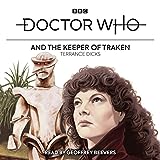 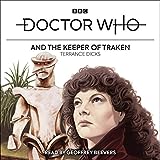