Travelling through E-Space, the TARDIS is hijacked by Biroc, a Tharil, who phases into the ship and operates the controls. He directs it to a white void at the centre of the Time Lines.

Biroc is the imprisoned navigator of a ship, the Privateer, carrying many of his Tharil brothers into slavery as time-sensitive navigators. He has brought the ship to the void to try to rescue his race.

The Doctor follows the image of Biroc through the void to a strange stone gateway, wherein a dusty and deserted banqueting hall is still laid for a meal. Biroc disappears into a mirror as the Doctor watches and time begins to jump about as the Doctor finds himself back in a period when the hall was occupied. Biroc explains about his mission to free the Tharils, but then their meal is interrupted by Gundan robots, creations of the Tharils' humanoid slaves, who in turn enslave the Tharils.

The Tharils have realised the error of their formerly dictatorial ways and are now intent on escaping to continue their lives in peace.

Rorvik, the insane commander of the slave ship, tries to break out of the void by back-blasting the gateway with his engines. Instead, the mirrors reflect the blast back, and the ship is destroyed, freeing the Tharils.

Romana and K-9 elect to stay with the Tharils to help them free the remainder of their people from slavery, and the TARDIS is flung back into N-Space. 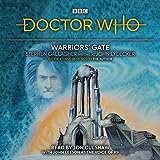 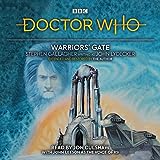