Business is bad for intergalactic media mogul Augustus Scullop, whose Trans-Gal empire is on the rocks. But, having retreated to his own private planet, Transmission, Scullop is about to gamble his fortune on a new show, made with an entirely new technology. And the name of that show… is Laser. 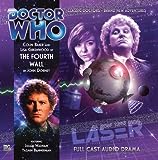