The TARDIS lands in 15th-century Mexico inside the tomb of Yetaxa, one-time High Priest of the Aztecs. When the four travellers leave the tomb, the door swings shut behind them and they find that they are unable to open it from the outside. They soon encounter Autloc (Keith Pyott), the High Priest of Knowledge, and Tlotoxl (John Ringham), the High Priest of Sacrifice. Seeing that Barbara is wearing Yetaxa's bracelet, which she found in the tomb, Autloc proclaims her to be a divine reincarnation. While Susan stays with Barbara as her handmaiden, Ian is persuaded to represent the gods as leader of the Aztec army, finding himself in competition with the established leader, Ixta (Ian Cullen). The Doctor meanwhile joins the Aztec elders in the Garden of Peace, where he flirts with a wise woman named Cameca (Margot van der Burgh), partly in the hope of learning a way back into the tomb.

Barbara incurs Tlotoxl's enmity when, against the Doctor's advice, she attempts to put a stop to the Aztec practice of human sacrifice. Susan also causes an outcry when she refuses the last wish of the Perfect Victim (Andre Boulay) to become his wife before he is sacrificed to the gods.

Events come to a head on the Day of Darkness - the time of a solar eclipse - when the Perfect Victim's sacrifice is due to take place. Ian and Ixta fight on the roof of the temple, and Ixta falls to his death in the streets below. The Doctor then opens the tomb door using a wheel-and-pulley arrangement he has constructed, and the travellers make good their escape. 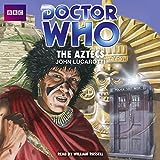