When the TARDIS arrives in London, 1966, the Doctor visits the Post Office Tower, having sensed evil emanations from the building. There, he meets Professor Brett (John Harvey), who demonstrates his revolutionary new computer, WOTAN (voiced by Gerald Taylor), standing for Will Operating Thought Analogue. Designed as a universal problem-solver, this machine can actually think for itself. Moreover, it is shortly to be linked up to other major computers around the world - a project overseen by civil servant Sir Charles Summer (William Mervyn).

All is not as it seems, however, as WOTAN has decided that humans are inferior to machines and should therefore be ruled by them. Exerting a powerful hypnotic influence, it initiates the construction of War Machines - heavily-armed, self-contained mobile computers - with which to effect its plan of world domination. The War Machines (Gerald Taylor) prove more than a match for troops, but by establishing a magnetic force field the Doctor is able to capture one of them. He then reprograms it to destroy WOTAN.

Now back in her own time, Dodo decides to leave the Doctor at this point. However, the Doctor soon finds himself with two new companions - Brett's secretary Polly (Anneke Wills) and her merchant seaman friend Ben Jackson (Michael Craze) - whom he inadvertently whisks off in the TARDIS when they come aboard just as it is about to dematerialise. 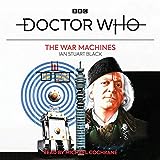 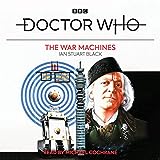