Having arrived on a far-distant and seemingly idyllic world, the Doctor, Steven and Dodo discover that it hides a terrible secret: the apparently civilised Elders maintain their advanced society by draining off and transferring to themselves the life-force of a group of defenceless Savages. Outraged at this exploitation, the Doctor is seemingly helpless to prevent it when some of his own life-force is tapped by the Elders' leader, Jano (Frederick Jaeger). However, in the process, Jano also acquires some of the Doctor's attitudes and conscience. Turning against his own people, he enlists the help of the Savages to destroy the Elders' transference laboratory - a task with which the time travellers gladly assist.

Steven is asked by the Elders and the Savages to remain behind on the planet as their leader. He agrees to do so, and the Doctor and a tearful Dodo leave him to his new life. 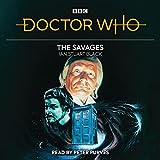 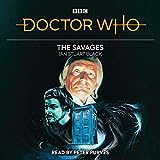