The TARDIS becomes stranded in space after its transitional elements lose their ability to generate orbital energy. There is a small residue of power remaining, however, and this enables the Doctor to direct the ship to the planet Varos in the constellation of Cetes, where he hopes to obtain some zeiton 7 with which to reline the trans/power system.

Varos is a bleak world, formerly a penal mining colony for the criminally insane. The descendants of the original guards still rule, while the people, like Arak (Stephen Yardley) and his wife Etta (Sheila Reid), live and work in hunger and squalor, entertained by continuous television transmissions from the Punishment Dome, a labyrinth of traps and deadly games where enemies of the state are tortured and executed in a variety of imaginative ways.

The Doctor is not the only visitor to Varos. Sil (Nabil Shaban), the representative of the Galatron Mining Corporation, is here for negotiations with the current Governor (Martin Jarvis) to try to fix a new price for the planet's zeiton ore. The Governor wishes to raise the price to pay for a better lifestyle for his people, but Sil threatens that unless the price is cut he will refuse to buy any at all, leaving the Varosians unable to afford essential supplies.

The TARDIS materialises inside the Punishment Dome, where the Doctor and Peri prevent the execution of the rebel leader Jondar (Jason Connery). They are chased by the guards into the tunnels where they are helped by Jondar's wife Areta (Geraldine Alexander) and Rondel (Keith Skinner), one of the guards and a friend of Jondar. Rondel is killed and the Doctor, Peri, Jondar and Areta head deeper into the Dome's tunnels in order to shake off the guards. They enter the Purple Zone, where they are confronted by a giant gee-jee fly. The Doctor realises it is an illusion and, by shutting their eyes, they pass it. They make their way back to where the TARDIS was left but it has been taken away. They are again chased by guards and the Doctor becomes separated from Peri, Areta and Jondar, who are recaptured.

The Governor makes a television broadcast to explain to his people his decision to hold out for a better price for the ore, arguing that there would otherwise have to be further food rationing. The people of Varos vote on the Governor's plan and he is defeated, causing him to submit to a short bombardment of human cell disintegrator rays. He manages to survive the bombardment  his third  but next time the effects will be fatal.

Sil believes the Doctor to be a rival negotiator from AMORB Prospect Division and demands that he be killed. Peri and Areta, meanwhile, are placed in the custody of the sadistic head of the Punishment Dome, Mr Quillam (Nicholas Chagrin), who wears a half-mask to cover his disfigured face.

The Doctor wanders into a No-Options Kill Centre in the Dome and suffers an hallucination, believing himself to be dying of thirst in a desert. He collapses, apparently dead. His body is carried away by two Varosian mortuary attendants (Gareth Milne, Roy Alon), who prepare to tip it into a vat of acid. He comes round, however, and surprises the workers, one of whom accidentally falls into the acid and then pulls the other in after him. The Doctor leaves to find his friends but is recaptured.

Quillam uses a transmogrifier to alter the physical appearance of Areta and Peri so that they come to resemble the creatures that they subconsciously aspire to be. Areta starts to change into a scaly lizard-like creature, Peri into a feathered bird. The Doctor, having piqued the Governor's interest with hints about what he may have to offer, insists that Peri and Areta are freed before he will say more. Quillam refuses to help and so the Doctor destroys the control panel before forcing a guard, Maldak (Owen Teale), to take him to the girls. With the transmogrifying power switched off, the girls' metabolism resets itself, the change not having had time to become permanent.

Sil has been getting nowhere in his negotiations and so makes arrangements for an armed force from his home planet of Thoros-Beta to invade Varos.

The Chief Officer (Forbes Collins) forces the Governor to a final poll. The people again vote against him and the cell-disintegrator bombardment begins. Maldak, who is on guard, destroys the equipment before the process is completed  the Governor has convinced him that Varos's future prosperity lies with the knowledge possessed by the Doctor.

The Doctor and the rebels re-enter the Punishment Dome closely pursued by Quillam and the Chief Officer, both of whom are secretly in the pay of the Galatron Mining Corporation and are desperate to stop the Doctor revealing the true worth of zeiton 7 to the Governor.

Arriving in the Dome's End Zone, the Doctor and his friends are attacked by two cannibals (Jack McGuire, Alan Troy) and enter a forest-like area to escape. The Doctor notes that there are poisonous tendrils in amongst the foliage and lays a trap for their pursuers. As Quillam, the Chief Officer and a guard approach, Jondar releases a cluster of the tendrils and they are killed.

Sil is still awaiting his invasion force when the Doctor and the Governor return to the control room. He brags to the Governor of the impending arrival of his troops, but the Doctor then draws his attention to an incoming message from the Galatron invasion force: the invasion is cancelled due to the discovery of traces of zeiton 7 on the asteroid Bio Sculptor, and Sil is ordered to secure supplies of the ore from Varos at whatever price the Governor wants.

The Governor thanks the Doctor and Peri for their help, and the Doctor requests a small amount of the ore for his own use. 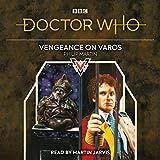 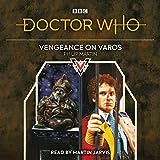