The Mark of the Rani

Deflected off course, the TARDIS materialises in the north of England at the dawn of the industrial revolution, a critical period in Earth's history. The introduction of machinery has met with much opposition from working people, some of whom have begun attacking and destroying it; and in the rural backwater where the Doctor and Peri have arrived, these Luddites are more violent and active than anywhere else in the country.

The Doctor is not the only alien visitor here, nor is he the only Time Lord. The Master (Anthony Ainley) is plotting to use Earth as a base for his operations, and it is he who is responsible for diverting the TARDIS here. There is also another Time Lord at work in the village. This is the Rani (Kate O'Mara), an exile from Gallifrey and a brilliant biochemist.

Cast out from Gallifrey because of her dangerous and callous experiments, having caused mice to be turned into monsters which ate the President's pet cat and bit the President himself, the Rani has now become dictator of a planet called Miasimia Goria. There, she has altered the metabolism of the populace, heightening their awareness but also, as an unfortunate side-effect, lowering their ability to sleep. In order to correct this defect, she has been extracting a chemical from the brains of humans, unconcerned by the fact that this leaves the humans aggressive and unable to sleep themselves. She has been conducting this operation at various points throughout Earth's history, some of her previous visits having aggravated the Trojan Wars, the Dark Ages and the American War of Independence. Now she is adding to the unrest caused by the Luddites.

When the Rani discovers that both the Master and the Doctor have arrived, she is less than happy. She initially refuses the Master's pleas to help him in his continuing attempts to kill his adversary but is forced to change her mind when he steals a vial of precious brain fluid from her and uses it for blackmail.

Lord Ravensworth (Terence Alexander), the owner of the mine in the village, has invited a number of the finest engineering geniuses  including Humphrey Davey, Thomas Telford, Michael Faraday, Mark Brunell and George Stephenson  to a meeting where they are to view Stephenson's latest steam engine. The Master realises that, with the aid of some maggots which the Rani has chemically impregnated with an obedience-inducing drug, he can control these key figures in Earth's history and thereby change the future, ensuring that the Industrial Revolution never happens. But first he has to deal with the Doctor.

The TARDIS is pushed down a mineshaft by a group of aggressive miners directed by the Master, and the Doctor nearly goes the same way. He is rescued by George Stephenson (Gawn Grainger), who is preparing for his meeting. Using one of the Rani's maggots, the Master takes over Stephenson's apprentice, Luke (Gary Cady), and uses him to spy on the Doctor and Stephenson. The Doctor meanwhile investigates the bath house which is being used by the Rani as a base and, after escaping from a dichlorodiethyl sulphide  mustard gas  volcano trap, enters her TARDIS.

Operating her ship using a Stattenheim remote control, the Rani brings it into a mine shaft where she and the Master are waiting. Unaware that the Doctor is hiding on board and can overhear them, they plot to set a trap for Stephenson in Redfern Dell. When they have gone, the Doctor sabotages her TARDIS's navigational system and velocity regulator.

Peri has gone to the Dell looking for the herb valerian with which to brew a sleeping draft for the afflicted miners. The Doctor arrives just in time to prevent her from suffering the same fate as Luke, who has stumbled on to one of the Rani's chemical land-mines and been converted into a tree. The Doctor forces the Rani to lead Peri out of danger. However, once Peri has left to escort the Rani and the Master as prisoners back to the Rani's TARDIS, the Doctor is again captured by the Luddite miners. He is tied hand and foot to a pole, but manages to escape when the two miners who are carrying it simultaneously step on to landmines and become trees.

Following Peri to the mine, the Doctor finds that her prisoners have outwitted her and escaped. The Master fires his tissue compression eliminator at the Doctor but hits a support beam instead, causing the mine roof to collapse. The Doctor and Peri head for the exit while the Rani and the Master leave in the Rani's TARDIS.

Affected by the Doctor's sabotage, the Rani's ship crashes out of control through the vortex. The resultant time spillage causes a tyrannosaurus rex embryo, collected by the Rani on an earlier visit to Earth, to crash to the floor and begin to grow. The Master and the Rani are trapped against the TARDIS walls by G-force and can only look on in horror.

Stephenson arranges for a group of forty men to get the Doctor's TARDIS out of the pit, and the Doctor and Peri leave after giving Ravensworth the vial of brain fluid which the Doctor had retrieved from the Master. 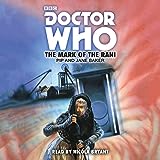 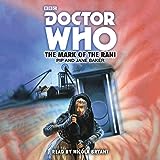