One empire has fallen and another has taken its place. The race known as The Wrath are expanding into new territory. Only the Earth Empire stands in their way. 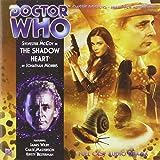