The TARDIS arrives on Fang Rock, a small island off the English coast. It is the first decade of the 20th Century and the island's only inhabitants are a trio of lighthouse keepers who operate the recently-installed electric light to warn ships off the treacherous rocks close by.

Earlier that evening, the youngest of the keepers, Vince Hawkins, saw a light in the sky which fell in the sea, but little realised that it was in fact a Rutan spacecraft, and that the lighthouse would soon have three unearthly visitors.

The Doctor and Leela seek shelter at the lighthouse and are made welcome by Vince and old Rueben. The third keeper, Ben, disappears and his body is later discovered hidden behind the generators - he has been electrocuted.

A passing ship fails to heed the warnings and crashes on the rocks. The survivors stumble into the lighthouse to find that they are now all prey to an alien creature which is picking them off one by one. Ben was first, and Rueben is next. The Doctor realises that the creature can change its form and is actually masquerading as Rueben, but this realisation comes too late as the Rutan kills Vince followed by the survivors from the wreck.

The Doctor fights back by blasting the Rutan, now reverted to its natural form of an amorphous jelly-creature, with a makeshift mortar bomb which kills it. However, it has been sending a homing signal to its mother ship which is now close to Earth.

The Doctor rigs up the lighthouse lamp with a diamond taken from a cache held by one of the now-dead survivors of the shipwreck and creates a powerful laser beam. He focuses it on the Rutan mothership, destroying it.

The Doctor and Leela take their leave of the now deserted lighthouse, leaving only bodies and a mystery in their wake 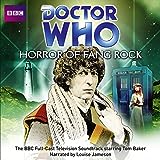 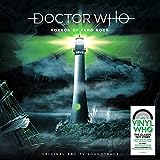