Time and the Rani

The TARDIS is attacked by a powerful force whilst in flight and the sixth Doctor (Sylvester McCoy) and Mel (Bonnie Langford) are both knocked unconscious. The ship then materialises on the planet Lakertya, observed by one of the natives, Ikona (Mark Greenstreet). The main doors open and the Rani (Kate O'Mara) enters  it was she who was responsible for the attack. She tells an unseen companion to leave the girl but to bring the Doctor. As she leaves, a lumbering, hair-covered creature (Richard Gauntlett) enters. The creature moves to the Doctor's side and turns his prone body over. The Doctor's face blurs and changes as he regenerates into a new form.

In her lair on the planet Lakertya, the Rani finishes supervising two Lakertyans, Beyus (Donald Pickering) and his daughter Sarn (Karen Clegg), as they store the kidnapped genius Einstein (unknown) in a sealed cabinet alongside a number of others. The Doctor meanwhile regains consciousness in the Ranis laboratory. He seems manic and disorientated but recognises the Rani. Examining her equipment he sees an asteroid which he identifies as being composed of strange matter.

Sarn runs away and encounters Mel who has been rescued from the TARDIS by another Lakertyan, Ikona (Mark Greenstreet). Sarn panics and trips a wire which creates a transparent bubble, trapping her inside. The bubble bounces around before exploding, reducing Sarn to a smoking skeleton.

The Rani orders Urak (Richard Gauntlett), a bat-like creature known as a Tetrap, to reset the trap while she injects the Doctor with something to give him amnesia. When the Doctor comes round, the Rani pretends to be Mel in order to persuade him to repair a faulty machine in her laboratory.

Ikona believes Mel to be in league with the Rani. She saves him from another of the bubble traps and thus convinces him that she is friendly.

The Doctor is puzzled and confused and refuses to continue work. He and the Rani return to his TARDIS to fetch a radiation wave meter. There, the Doctor changes his clothes, trying on those of his fourth, third, fifth and second incarnations, amongst others, before settling on a new outfit for himself.

Mel sees Urak and stumbles into a bubble trap. She is caught inside the bubble, which bounces over a cliff and lands on a lake. Ikona rescues her and they retrieve some weapons before being attacked by another Tetrap. Escaping, they head for the Ranis fortress where Ikona meets Sarns mother Faroon (Wanda Ventham). Faroon discovers her daughters skeleton and goes to speak with Beyus.

The Rani goes to fetch some vital material for the Doctor to use in the machine, but is captured by Urak who mistakes her for Mel. Mel meanwhile makes her way into the Ranis control room where the Doctor believes her to be the Rani. The two travellers eventually convince each other that they are who they say they are by feeling each others pulses. Beyus helps them to escape by telling the Doctor the combination to unlock the control room door  it is 953, which is both the Doctors and the Ranis age.

Outside the control room, Mel finds the cabinets containing the kidnapped geniuses and sees that one is reserved for the Doctor. The Rani returns and, while Mel, Beyus and Faroon escape, the Doctor hides in a dark Tetrap eyrie. The Rani locks the gate behind him and he finds himself surrounded by the awaking Tetraps (Mark Carroll, Lea Derek, Ian Durrant, Paul Goddard, Daryl Book, Ricardo Mulhall, Paul Page-Hanson).

Beyus rescues the Doctor and tells him to go to the Lakertyans Centre of Leisure, where the reason for his obedience to the Rani will be revealed. The Doctor takes a micro-thermistor from the Ranis machine and leaves.

Mel is captured by the Tetraps and paralysed by a sting from the tongue of one of them. The Rani tells Faroon to give the Doctor a message that she will exchange Mel for the micro-thermistor.

At the Centre of Leisure, the Doctor and Ikona find that the Lakertyan people are indolent and apathetic. There is a new globe-like device suspended from the Centre, but no-one will tell the distressed Ikona what it is for. The Rani, using remote control, suddenly stops the globe from spinning, causing killer insects emerge from it. The Doctor, Beyus and the other Lakertyans run screaming from the Centre.

Faroon delivers her message to the Doctor, who agrees to the proposed exchange. The Rani tricks him, however, as the Mel she releases is revealed to be only a holographic projection. The renegade Time Lord reinserts the micro-thermistor in her machine, making it operational, but finds that the combined brain power of the kidnapped geninuses is still not sufficient for her purposes. Urak suggests that she link her own brain in. She refuses and orders that the Doctors cabinet be prepared.

The Doctor notes that the Rani has a fixed trajectory rocket launcher and realises that she must be working to meet a specific deadline. Ikona distracts the Tetrap guarding the entrance to the Ranis fortress and the Doctor enters. He is caught by Urak, paralysed and placed in his cabinet. The Rani then enters a sealed room, followed by Mel. Inside is a massive brain (voice: Peter Tuddenham, Jacki Webb). With the Doctors input, the brain is able to start carrying out the calculations that the Rani desires.

Urak and the other Tetraps leave the fortress to punish selected Lakertyans by placing around their leg a bracelet-like control device that will reduce them to a skeleton if removed.

The Rani finds that the Doctor is confusing the brain and orders him disconnected. The Doctor jumps from his cabinet, and he and Mel then trap the Rani inside it. In the control room, the Doctor finds that the Ranis rocket is intended to strike the asteroid of strange matter. He and Mel watch a recording of a supernova on a screen. Mel realises that the Rani is using the brain to come up with a lightweight substitute for strange matter in order to detonate the asteroid.

The Rani escapes from the cabinet and explains her plan to the Doctor and Mel. She needs helium-2. This will fuse with the upper Lakertyan atmosphere to form a shell of chronons  discrete particles of time  and then the brain will multiply, filling the gap between shell and planet, thereby creating a time manipulator, a cerebral mass capable of dominating and controlling time anywhere in the cosmos. Urak overhears the Rani boasting that all life on Lakertya will be destroyed. The Doctor gives the brain the correct formula and it devises loyhargil as the substance required. As the production of loyhargil starts in the Ranis laboratory, the Doctor and Mel escape from the fortress.

The Doctor helps remove the control devices from the Lakertyans, then returns to the fortress and places them around the brain. Beyus stays to complete this task as the Doctor, Mel and Faroon escape. The Doctor confronts the Rani, who detonates the devices. The brain nevertheless completes its countdown and the rocket launches, but because of the Doctors interference it misses the asteroid.

The Rani escapes to her TARDIS, but it has been commandeered by the Tetraps who take her prisoner.

The Doctor takes all the captured geniuses on board the TARDIS so that he can return them home. He also gives the Lakertyans the antidote to the killer insects, but Ikona pours it away as he believes they should solve their own problems from now on. 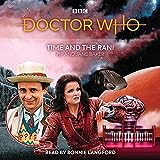 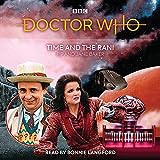